THE STORY OF BAD BUSINESS - PART 1

Back in the 70´ties, the young boys in Bad Business were killing time after school listening to their favorite rock idols and heroes.

Living in the suburb area "Taastrup" located west of Copenhagen was not always super exciting, but music was surely one thing that had a firm grip in the boys.

The music influences back then was nearly infinite in terms of styles and expressions, and growing up with substantial rock-styles like Glam Rock, Heavy rock, Heavy metal, Punk Rock and classic rock, It would be wrong to say that the guys in Bad Business did not had enough inspiration sources to lean against.

Availabillity of rock music in the medias in Denmark was limited at the time, and only few options for listening to the cool stuff in Radio or TV was possible. Therefore getting together to share vinyls and cassettes was a favorite thing to do.

In these gatherings the stories and imaginary perceptions of how bands and music heroes created their "stuff" could easy mutate any kind of realism for how it actually was to play music in a rock band.

During the eighties when MTV and local commercial radios entered the medias in Denmark, the guys in Bad Business just got more infected for music and glamour life around it, and time to start a band and reach for fame and glory came closer day by day.

It was all in their minds, and how hard could it be to get some instruments, large amplifiers and learn a few tricks to make it ?

Well - it turned out it was not easy at all, and nearly a lifetime here later Bad Business will like to share some memories and facts from those days.. 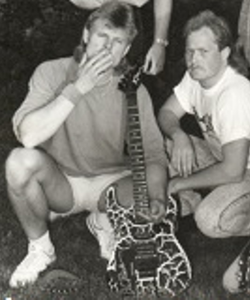 The initial start of Bad Business came along aound 1988.

Jan had for some time played guitar in local bands and performed the local stages.

Back then the "suburb Taastrup rock enviroments" did not offer many options for finding skilled people to fit in a rock band, but the 2 friends had their ideas in mind, and the band project was a must to execute for the 2 guys.

Jan as the "player" with talent for creating guitar riffs and melody lines, and Michael with  the voice to compliment the ideas and to add lyrics & attitude.

"Jan ended to leave the band back in time, but show up again in later chapters for Bad Business history"

Michael is still in the band as 1 of 2 so-called all original members.

To handle the bass a local player Frank List was approached.

Frank was a stylish bass player with a great touch for hard rock, and a perfect fit to the band in many ways.

Frank was as well experienced from other local bands and the first Bad Business songs to come along were much signatured by his playing style and presence in the band.

Certainly and surely a much appreciated band mate back then - and still is! 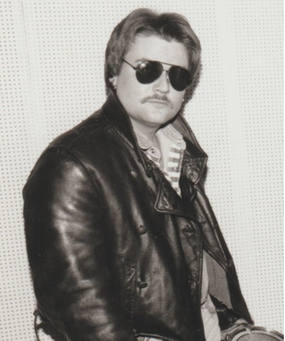 The drummer seat was filled by Casper Munkebo Nielsen, who was an “outsider” in perspective of not being from the local Bad Business neighborhood.

Michael knew Casper from common work and as he conviniently appeared to be a  competent drummer, Casper came to join the band.

In many ways Casper added signature to Bad Business. Not only because he was a skilled drummer, but just as much because he had great skills for arranging music and his contributions impacted much on the Bad Business evolvement.

Casper had access to a rehearsal facility featured with recording equipment and the knowledge to use it. Bad Business got into recording music by this and self made recordings has ever since been mostly used by Bad Business.

When Casper left Bad Business he came to spend more time on producing music for other bands and in a period of time he did recordings for many bands in the growing danish sub culture for metal bands in the hardest sections. .

"Ironically it is today that one guy from the flood of bands Casper produced back in time, actually ended to appear as a drummer in the current Bad Business line up"

Now 4 guys with much different musically backgrounds were lined up and the songs started to come along.

The guys were very productive and foresighted to think about how to handle the big break through waiting ahead.

Could 4 members be enough to handle the expected success or should a fifth member be added ?

It was considered to expand the band with either a keyboard player or a second guitar player.

But as the guys were tough rockers in their minds they decided a second guitar player was the choice to make.

To fill in the second guitar in Bad Business, Guitar player Gert Christensen came in scope for the open position.

Gert had at the time not played much in bands, and certainly not played music on the level that Bad Business could offer, but Gert was not the type to miss a good opportunity, and he jumped on the bus to give it his best shot, and thereby ompleted the Bad Business Line-up 1.

It was not either disqualifying for Gert, that he was owner of a large mixing console and other useful recording gear to compliment the further Bad Business adventures.

Well - Gert is still in the band contributing to the business and remain as nr 2 of 2 all original Bad Business member.s 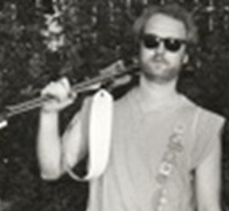 The following 2 years was creative and productive for the band, despite the 5 guys had much different ideas and skills for playing music.

Jan was much active to present ideas for songs, that Frank and Casper greatly supported with additional inputs.

All together the band was on a mission for making something big and it was never boring to play in Bad Business.

Great humor and relentless believe in the magic to come.

More than 30 songs was created in a relative short period of time along with some memorable gigs executed.

Indeed it was glory days in a glory time. 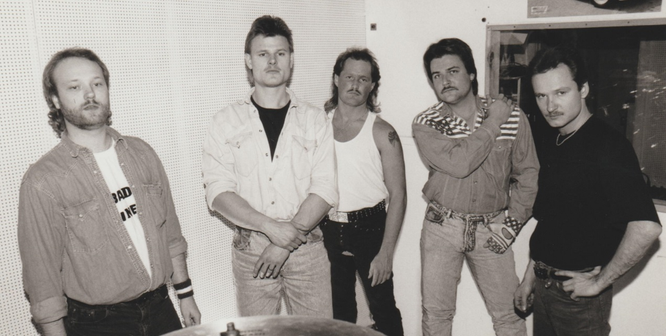 Looking even better in color 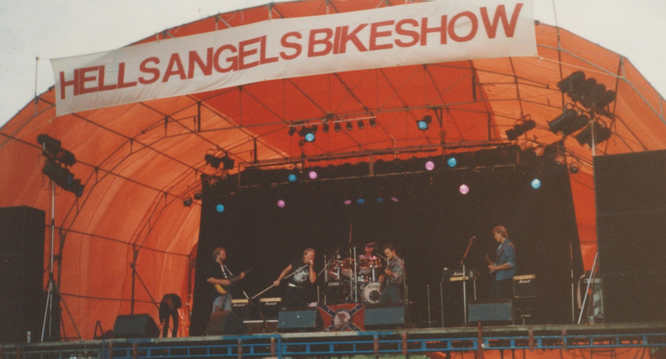 And the band live on stage

Regardless of the fact for memorable moment for Bad Business line up 1 - things started to crumble.

“one man down” - which became the start of “bad times” for Bad Business.

Off course the search for a replacement bass player started, but in the middle of that founding guitarist Jan Christensen also came along  to decide he wanted to quit, and with the perspective of being just 3 guys - drummer Casper pulled out the plug as well.

What only a few month earlier was a fun projct for 5 people doing recordings and sharing good times, was in short time reduced to be

just 2 guys with limited band experience wondering what to do.

What really caused the 3 guys to leave Bad Business was never discussed in depth, but it was good fun most of the time.

Was Bad Business really sealed for good with the 3 experienced guys gone ?

Despite the line up 1 songs for Bad Business originally for the most were conducted by the members who had left the band,

it could seem difficult to think what Bad Business should be in some different line up.

But – Michael and Gert were never in bed with the idea of not trying to continue Bad Business.

and around those song ideas there was a foundation for Michael and Gert to use for the following Bad Business lineup 2.

Despite Michael and Gert knew it would be hard to find new band members matching the playing skills like their previous buddies, the word "surrender" were only used in a song afterworth, but not in their minds.

In the proces of closing down Bad Business Line up 1 - Gert had some unused song ideas and as a last favor before shut down,

Those 3 songs became significant for the continuing Bad Business Line-up 2.

The Bad Business part 2 is another story to find on our site.